SUTTON EN BLUES IS BACK FOR A 20th EDITION!

SUTTON SEPTEMBER 8th, 2022 – Back for a 20th year, the Sutton en Blues festival is back for 4 Saturdays from October 22nd to November 12th and will welcome talented Canadian artists. Sutton en Blues will take place at the main chalet of Mont SUTTON which will make the evenings both festive and friendly.

For the last few years, the Sutton en Blues festival has been held at Mont SUTTON because of the growing popularity of the Blues in Sutton and this edition will be no exception. After two consecutive years with covid restriction, artists, spectators, and organizers are very happy to find again an unrestricted live formula in the warm environment of Mont SUTTON. During each performance, the spectators will even have the opportunity to add a delicious meal to their ticket. What could be better for a successful evening!

For this 20th edition of the Sutton en Blues festival, the organization has put together a program of talented Canadian artists who have made their mark in the blues world. When Jean Sicotte, founder, and producer of the Sutton en Blues festival since the very first edition, was asked about his process when choosing the artists for the festival, he simply answered: “I have to love them!” He also seeks to present a diversity of sounds and wants the evenings to have their own musical particularities. Mr. Sicotte is well known in the music world and has been passionate about music since he was very young. In fact, when he was younger, he was part of a music group and his passion and tastes have been evolving ever since.

Mr. Sicotte has been touring blues shows and festivals for a long time. He does it to feed his passion for the blues, but also to spot talents who could participate in Sutton en Blues. His reputation with artists allows him to attract renowned musicians such as Harrison Kennedy, but also lesser-known musicians. “I am happy to be able to present to the public, in addition to famous artists, musicians who are not as well known, but who have a remarkable talent, like Angélique Francis “, mentions the producer of the event.

It’s been 20 years now that Sutton en Blues presents artists and for the regulars who attend the festival for several years, some artists who have already taken part in the event in past editions will appear again, like the Ben Racine Band. During the festival, there will also be talents who will perform for the first time at Sutton en Blues such as Sandra Bouza who represented the Toronto Blues Society at the International Blues Challenge in Memphis in 2020, as well as Michael Jerome Browne who will accompany Harrison Kennedy, both of whom have won awards and success.

Program of the 20th edition of Sutton en Blues

It should be noted that a music passport will be offered in limited quantity for the spectators wishing to attend all the representations and thus to make some savings. For all the details on the event: montsutton.com/en/blues. 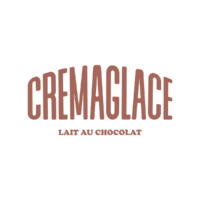 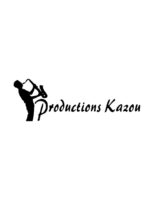